David beat Angus Flanagan of St George's Hill in the final played on the afternoon of Sunday 2nd June.

The county's major men's event, the Surrey Amateur Championship was first played in April 1924. Previous to David's third victory, three titles each have been won by John Davies of Royal Mid-Surrey and Peter Flaherty of Addington, but the performance of Douglas Sewell of Hook Heath Artisans, who won the Championship four times in the years from 1954 to 1958 has yet to be equalled.

Further details of the County Championship can be found at www.surreygolf.org. 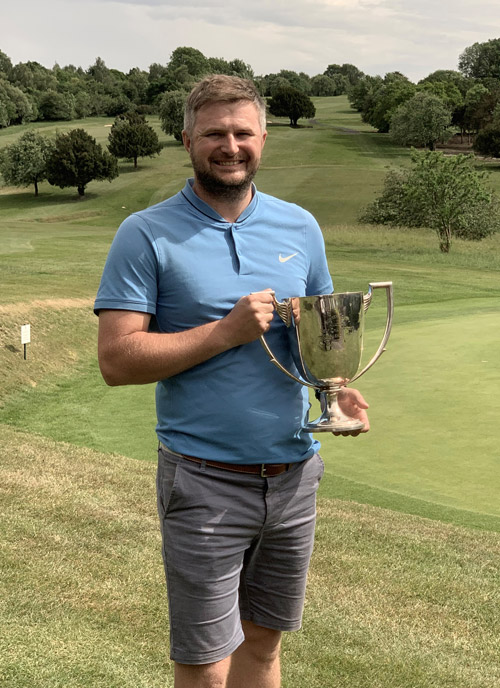